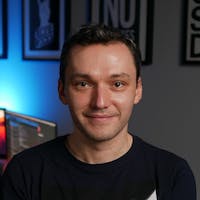 Subscribe to my newsletter and never miss my upcoming articles

One day we've been noticing a lot of ERROR getaddrinfo EAI_AGAIN log events in our Kubernetes cluster. All NodeJS apps have been having this problem from time to time, because NodeJS runtime does not cache getaddrinfo() function results. Unlike JVM that does cache them, so Java apps were fairly silent.

That gave clear indication problem is on DNS server. Soon after I've notices that 1 out of 3 kube-dns pods is failing, so we were running at 2/3 capacity. Restarting would be enough of a fix, but being "SRE wannabe" I wanted to make sure we improve the situation for the future.

Googling for the problem

Soon I've found post listing potential causes for the issue among others:

DNS cache in app? Not for apps in Kubernetes

Above post gave two solutions. One was to install NPM package in Node app that would cache the DNS entries. Not a solution I'm particularly found of, as I prefer to have such a simple thing as domain name resolution to be available in a cluster. Also taking into consideration that DNS serves as a service discovery mechanism in Kubernetes cluster makes it even more important to keep up-to-date records.

Better solution was to use NodeLocal DNSCache in Kubernetes cluster. Essentially that runs DNS on every cluster node as a DaemonSet. Definitely the way to go for most cases, because it improves both performance and resilience for very little cost. Unfortunately it requires K8s 1.18 version, which we did not have :(

Something about this issue kept bugging me though, I thought I was missing something. Our Kube apps work in microservices fashion, so they communicate with many other services a lot. One of the main page components connects to 13 other services, but that is not unusual. All of those links are full URLs, domains setup to public ELB servers. Still you'd expect that kube-dns caches those names, so resolution is fast. Well yes, but actually no.

Enlightenment came with a post about options ndots setting in /etc/resolv.conf file. In there Marco Pranucci explains how DNS resolving works for non-qualified domain names and how options ndots:5 affects this. I encourage you to read it through (with comments!), but here's the gist and some corrections.

DNS for Kubernetes Pod and Service

Kubernetes creates internal domain names for Pod and Service objects for the purpose of service discovery pattern. On top of that the namespace is added to the domain as well, so you can have data service in the prod namespace. If pod in test namespace tries to connect to data host, DNS will not resolve it, but data.prod would be fine. However that allows adding data service to test namespace, so data would have different IP depending whether DNS query is fired from test or prod namespace.

My guess this dynamic nature and flexibility is the reason why Kubernetes injects the following in the /etc/resolv.conf for every pod:

For ndots:5 setting according to docs every domain that less than 5 dots in the name will not be send to DNS servers, but rather items from search config list will be appended to it first. So in most cases 3 local resolutions will be attempted before any query is send to DNS server! More on why it happens in this particular order read an excellent post on glibc getaddinfo() function internals.

First: Switch to Fully Qualified Domain Name (FQDN) for public domains is generally good advice. It will not only make name resolution faster, but also prevent security issue explained in RFC1535 (quite short for a RFC!). Can't see any drawback, even thought it looks like quick and dirty solution.

Second: Customize ndots with dnsConfig setting. That might makes sense for specific pods that are connection to public domains mostly. You'd have to be careful picking ndots value that would speed things up, but do not mess with Kube DNS setup for service discovery. In other words: there might be dragons.

What is the ultimate solution then?

As I've tried to explain domain name resolutions is very nuanced problem, much more awkward than I initially anticipated. Keeping in mind that DNS should be managed on the cluster I'd approach solutions in this particular order:

In the case of failure I've described at the beginning bring up all 3 kube-dns pods was enough. We probably still suffer from a lot of local resolutions due to ndots:5 settings. Would be nice to know if switching to FQDN made application faster, but that requires much more granular metrics. Maybe next time ;)